A Poem Worth Remembering 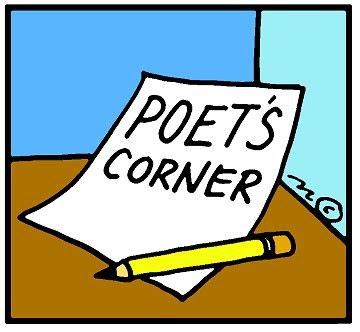 Only one life;
'Twill soon be past
Only what's done
For Christ will last

In the summer of 1970, Peg and I went on a Missionary Trip ... a Witnessing Crusade ... to Haiti. It was our first such trip, the first time for Peg to give a public testimony, and our first time speaking through an interpreter.

Needless to say, it was quite an experience.

The trip was sponsored by Men For Missions International, the laymen's voice of the Oriental Missionary Society (now OMS ... One Mission Society).

While in Haiti, at the missionary compound at Vaudreil, our leader was Dave Graffenberger, who told us the little poem shown above. It had impacted the lives of some OMS missionaries, and had been important to him. And I've never forgotten it.

That's been 49 years ago, and I've always remembered it, although its reality, and its importance, have recently boomed loud in my own life.

I started my Insurance career as a mailboy for an insurance company, in April, 1958, subsequently retiring in February of 2008. And, during that time, I accomplished quite a bit:

There's more ... expectedly so in a career of nearly half a century. But there is an overriding point in reciting all this:
So these days, what does my mind wander to when I'm trying to fall asleep? HINT: It has nothing to do with the things cited above, or with my career at all (and I'd have a LOT to mull over, having given speeches and done seminars all over the country). It's what's happened to me as I served the Lord!

Plus: Many of the things I did in my career, and even in church work, I can no longer do. I could not, for example, fly to 3 cities in 3 days and put on day-long seminars, formerly a routine activity. Nor could I go on a church mission trip and help dig and pour a new sidewalk at a church in Atmore, Alabama. Or install windows in a small church in another country.

But reflecting on the young lady who was saved in a living room one evening, when I scrapped the FAITH dissertation and just talked to her ... or the 6 ladies who prayed to be saved, in Nassau ... or the 6 young felons who prayed to be saved in that prison in Plainfield, IN ..... or maybe the Baggage Handler in the airport in Nassau, who also prayed.

You get the picture.

I must also note that I did precisely NONE of those things, myself. It was God Who gave ALL that "increase", as He said He would do, in 1 Corinthians 3:6.

The only regret in all those years? That I didn't do more.