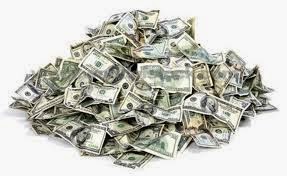 I taught our Sunday School Class a lesson on Stewardship this past Sunday. March was "Stewardship Month" at FBC Pelham, and all the adult classes were asked to have such a lesson.

Our Ed Min even furnished 4 sample lessons, but I read through them and did not care for them. At all. They had what I considered unacceptable errors. So I prepared my own.

I must say it was the most fun lesson I've done in a long time. I am certain the Holy Spirit was in it, because, when I sat down to begin preparation, the outline came out clear as a bell and I knew immediately what I wanted to discuss.

And it was, in fact, a discussion. The class was exemplary, IMHO.

The outline that popped out all of a sudden was this:


I had seven pages of outlines and notes, so I don't think I'll try to explain my thoughts in one sitting here. My carpal tunnel doctor would probably plan a room addition to his house, if I did. But I'll share some, now, and maybe some, a bit later.

FIRST: What kind of giver is God? He's a pretty good one. The best that ever was, in fact. He created the earth and all that's in it, and gave it to man to dominate and subdue. And God didn't ask for us to DO anything in return. He simply instructed us not to do one thing He didn't want us to do. And it makes a lot of sense that He did that, as taking that first bite of forbidden fruit was arguably the worst thing any mortal ever did. The conclusion then would be that instructing us not to do that would be an act of love, not one of cruelty or deprivation or tyranny.

Even after that first sin, He left us here, albeit not in the Garden. But I've seen a lot of the world in my life, and I can tell you God left us in charge of a pretty terrific place. And if the whole "some plant and some water but God gives the increase" thing is true, then it's God who causes crops and herds to grow, too. So He's still giving, today.

Ephesians 2 says: "Together with Christ Jesus He also raised us up and seated us in the heavens, so that in the coming ages He might display the immeasurable riches of His grace through His kindness to us in Christ Jesus." And the word used for "riches" seems to apply to earthly treasures as well. So God indicates his grace shown to us in salvation, is as precious ... and moreso, really ... as all the wealth the world has to offer. He give us not only the world, but something He considers precious to Him: Grace.

Matthew 7:9 ... Jesus speaking ... tells us: "What man among you, if his son asks him for bread, will give him a stone Or if he asks for a fish, will give him a snake? If you then, who are evil, know how to give good gifts to your children, how much more will your Father in heaven give good things to those who ask Him!"

Point blank, He tells us that God gives good gifts. And He gives them.

1 Corinthians 4:7 "For who makes you so superior? What do you have that you didn’t receive? If, in fact, you did receive it, why do you boast as if you hadn't received it?"

Some of the Corinthians seem to have been proud of their gifts, and Paul is reminding them that they didn't have anything they weren't given..I made this point to the class by asking if they knew anyone that worked harder than they did, but had less than they do. Or anyone who was smarter than they, who similarly had less. When they said yes, they did, I asked them "Then why you?". I think they got the point.

I'll pick up next time on how God says, and feels, about those who give.