Something the Whizzes in Washington Probably Didn't Think (THINK?) Of 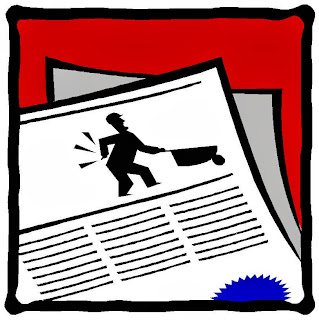 So our fedd'l gummint is starting some new insurance plans. Well, having been with a company which was in that business, there's something I am sure they have not thought of. And somebody had to at least think about something, like maybe stock in Paper Companies, before they cobbled together that umpteen-thousand page monstrosity commonly known as Obamacare.

Let's say you want to start an insurance plan. So you print the paper, prepare the website, and open for business. Who's going to sign up first?

On the whole, you might guess that such a mix of people might produce a huge exposure to claims. And you'd be right ... certainly more than the average of all Americans.

Second unanticipated, but nonetheless real, snag: The first year this plan is up and running, they're only going to receive and pay 9 or 10 months of claims. When you buy this thing, you then get sick, and finally go to a doctor or a hospital, stay a while, after which a claim is sent to the company. There it is processed and eventually paid. By the time it's open 3 to 6 months, say, the process is churning along and claims are being steadily paid.

So after the first year, losses look pretty good. They should ... you got a year's premium but only 9 months of claims to pay. So rates stay the same.

Everybody else's rates go up a little, owing to inflation, but yours stay put, in light of the prior paragraph here.

NOW ... at the start of the third year, the plan has paid a whole year's claims, and finds the premium wasn't enough to cover it all. So ... BOOM ... a big rate increase. Then, those who can get coverage elsewhere cheaper, do so, and they were the healthier folks in the group! And that's when the plan goes sour.

There have been some of these sorts of plans that were backed by an insurance company. So, shortfall comes out of their reserves, called "surplus".

There have been some of these sorts of plans that were self-funded ... uninsured ... enabled by ERISA some years ago. They usually simply fold up, leaving kazillions of sick people uninsured.

And while we're on the subject of "pre-existing conditions" ... let's say you're in charge of a big checking account. Guys who own cars put some money in every month, and then when one of them bends a fender somewhere, he brings you the repair bill and you pay it out of the checking account. You could call it sort of an "insurance exchange". In fact, there are some of those, all over the country.

Then one day a guy comes in with a car that's already smashed up. Says he wants to join the plan, pay the first month, and you pay to fix his car. If you were in charge, would YOU do that?

I didn't think so. But that's what health plans that agree to insure pre-existing conditions do. (Note there are some exceptions to this, in very large groups and particularly where you're leaving one insurance plan that covered the illness, and joining another one that would cover it. That's called "no loss - no gain".)

Insurance companies have to hold what's called "statutory reserves" as a hedge against unexpectedly high claims payouts. Then it has to have surplus .. undesignated money over and above their capital. Since our government is broke, what do THEY do when year #3, say, of the health plan turns sour?

Can you say "Higher Taxes"?

Oh, yikes. Well, we'll have to watch when year three rolls around. Thanks boB, for the insight!