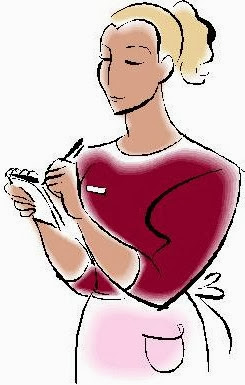 Peggy and I were out on some appointment the other morning, and the subject of lunch came up. We thought it was a bit early, so we decided to go back home, have lunch there and then go out and finish our errands in the afternoon. As we got closer to home, though, we rethought it and decided we probably ought to stop while we were out, get some lunch, and then finish our errands.

So that's what we did. We dropped in at one of our favorites, and ordered lunch, after spending some time studying the menu carefully.

Eventually when the server, a pleasant young lady, stopped to get our order, we'd decided and thus, we ordered.

Then we asked her if there was anything in her life that we could pray about, and she leaned in close and said in a sotto voce tone "Actually, there is .. I just found out I'm pregnant...".

Wow. She went on to explain that the daddy wanted her to "kill it", but she wouldn't do that. We told her how admirable that was, and that we admired her for not "taking the easy way out".

She went on to explain that she'd been raised right, and had wonderful parents who were supportive of her. I then mentioned to her "You know there are many wonderful couples out there who would just love to love and raise and nurture your baby". Surprisingly, she said that was what she was planning to do, as what she wanted was what was best for her baby.

We talked about churches and she had been attending a local church; we said it was a very important that she be surrounded by folks who will love and support and not condemn her. And I invited her to FBC Pelham, and mentioned that the people of FBC would, in my opinion, be more interested in ministering to her than criticizing her.

I must say the meal was filled with joy for all of us. I've not known a happier server, and we sure enjoyed the time there.

We left, telling her we weren't trying to pry her away from the church she'd been attending ... apparently not regularly ... and she said she understood.

As we were headed home before, I'd just had the feeling we should go to this particular restaurant. And we did. And are we ever glad we did!

If John MacArthur wants to call that "Strange Fire", let him. I don't know how I could possibly care any less about what he thinks. I only know what happened that day, when God arranged an appointment with a young lady who needed, apparently, someone she felt she could trust, to pray for her.

My lesson for Sunday is a combination of two TGP lessons, and distilled, the overriding theme is this:


It's taken entirely too long for me to see that the price was outrageously high, but His purpose and His plans are outrageously good.

When we're willing to keep His appointments.