Strict//EN" "http://www.w3.org/TR/xhtml1/DTD/xhtml1-strict.dtd"> EAGLES' REST: A Book Review: <i>10 Sacred Cows in Christianity That Need To Be Tipped</i>

A Book Review: 10 Sacred Cows in Christianity That Need To Be Tipped 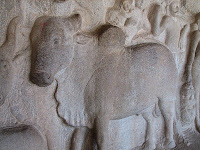 I have just completed the process of reviewing the book "10 Sacred Cows in Christianity That Need To Be Tipped", by Jared Moore. He happens to be an acquaintance, and I was one of several who responded to his invitation to review it and offer a report on what we saw. What I saw, mostly, was a well-reasoned exposition of many thoughts that I bet most Christians have had, but nobody has wanted to say.

At least not out loud, where I could hear it.

First of all, the book's an easy read. The proof copy was a bit over 25 pages long, and very much "to-the-point". And, dealing with 10 specific things we find in many contemporary churches really wouldn't take up that much ink and paper.

The problems are simple and obvious; hence, so are the solutions.

A sample: he states churches shouldn't be offering "things" to people, to get them to come to church. No bribing people to get them to attend. This one rings big bells with me, since I believe the truth of what Jesus said when He stated that, if we'd lift Him up ... exalt Him ... HE would draw the people to Himself. If we use anything else to get folks to come to church, we're saying we really don't believe He meant what He said.

I find his conclusions absolutely spot-on, but then I don't even like "refreshments" in the church. I cannot find that anywhere in scripture as one of the reasons we are to assemble together.

He also says that churches interpret increased numbers as "Revival" ... and that it is a false assumption. Again, I agree, as people come to church for many different reasons, and without knowing why each person is there, we cannot know whether "revival" is going on, or not. In most cases, I believe, churches really don't even know the Spiritual condition of a new member the day they join.

Well, it's hard to determine during 3 or 4 stanzas of an invitation hymn. Which seems to be the deadline....

He also takes to task the seeming admiration for "bigger & better" churches, tolerance toward sin that denies discipline (and, not so coincidentally, restoration), and worship that focuses on emotions and feelings, to the neglect of the plain truth of the Bible.

There are some that are somewhat less obvious, and on which I might have wanted a little more clarification, but I suppose that's the case with every book I've ever read.

Except One. The One.

Having said that, I do believe it is necessary for the reader to keep in mind that author Moore is referring to churches where the cow has become the objective, superseding the Biblical reasons of making disciples, and prompting one another to love and good works.

There are other "sacred cows" included in the book, and properly so. I think readers will be able to identify the sacred cows he's referring to, in most churches. I can, in the church to which I've belonged for nearly a third of a century.

Who should read it? People who attend church, whether they are among those who determine how church is conducted, or merely worshipers in pews. Especially in congregationally-governed churches.

After all, if we don't know the problems, we'll never solve them. And if we do solve the problems, most particularly in the denomination of which I am a part, then perhaps we'll be able to exalt Him as we should, for the right reasons, and He will once again draw people unto Himself as He promised.

And we'll be able to make disciples of them, as He instructed us.

"10 Sacred Cows in Christianity That Need To Be Tipped", by Jared H. Moore, may be purchased through a number of vendors, as outlined here.