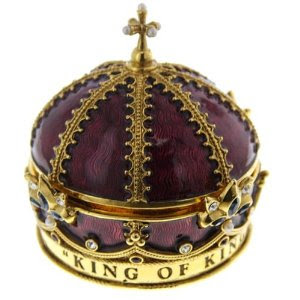 Namely, Jesus is building His church, here on earth (and maybe elsewhere, too, like Heaven).
That's it.
Jesus is building His church.
Now, God has said He hates lying lips. In light of that, I am a bit reluctant to believe Jesus would use lying lips to build His church. Now, I know we've all told a lie here or there in our lives, and hopefully we've repented, confessed, and been restored. Which brings me to the premise mentioned first.
If Jesus had a resume, would it contain any misrepresentations? I doubt it, as misrepresenting something is referred to, in the Bible, as lying. And when someone disagreed with Jesus' credentials, would He have waffled, or tried to hide what He'd previously said?
I don't think so. And when people went looking for evidence as to what He really was, and what He'd really done, would all evidence point toward His genuineness?
I don't think God would use misrepresentations about anything, to build His church. Those are lies, and we know who fathers all of them.
This is the King's business we're about down here. We're not just preaching sermons, teaching classes, running schools, or singing in choirs. We're involved up to our necks in the building of God's church. Jesus' church. And how dare we do it in any manner of which Himself would disapprove? A manner in which He would not participate?
This Communion thing has gotten all up in my face in the last few months. See, all through the "food chain", the lower cannot access the upper. Try as it might, dirt cannot become grass, grass cannot become cow, cow cannot become man, and man cannot become one with God, unless the entity one step up the chain sends down roots, eats the grass, eats the meat, or does something to clean up man and make him capable of unity with God.
What struck me about the ordinance of communion is that Jesus is reversing the chain! He tells us that we must eat His flesh and drink His blood, if we want any part of Him. I wrestled with the "why" of that for years .. when I bothered to think about it at all .. until it finally hit me: He wants to inhabit .. to indwell .. to commandeer .. our flesh!
He's told us to go do certain things in His name. Mostly, we seem to just hang His name on the end of a prayer, or tell someone for whom we're about to show some kindness or other, that we're doing it in Jesus' name. Well, that kind of bothered me a bit, particularly when I heard about things like an (in)famous California pastor who was praying imprecatory prayers. So .. I looked up the word "name". And here's what my handy-dandy computer Strong's Concordance said that word is:
onoma (on'-om-ah);
from a presumed derivative of the base of 1097 (compare 3685); a "name" (literally or figuratively) [authority, character]:
Now, if I view all those things as being true of doing things in His "name", I have to include doing things which are also in Jesus' authority or character. So while I suppose it's always good to mention His name, to give Him the credit for what we're doing, it seems absolutely mandatory that our work .. especially in building His church .. is done by our flesh, and in accordance with His authority or character.
If we prepare a resume with lies in it, that can hardly be deemed within His character, can it?
If we are caught in a lie, doesn't His character, which offers such grace and forgiveness, demand repentance, confession, with restoration to follow?
Is hiding previous "misrepresentations" within His character, which tells us that our sins will find us out?
Would Jesus, were He in our pulpit, ever say anything degrading about our fallibility? About our foibles? Would He joke about our shortcomings?
Would He preclude someone, to whom He had sovereignly given a particular gift, from missionary service, in a foreign country, in His name?
Would He berate me in a hotel entryway after I'd spoken to a motion, based solely on my speaking to a motion made by another of His children?
Were He to bring a message from one of our church pulpits, would the term "ministerially speaking", referring to His speech, be an implied wink at exaggeration? As an aside, what does it say about our alleged service to him, that "ministerially speaking" carries the connotation that it does, today?
Would He boast about 16 million members, when over half are not being discipled, or even seen, by the local church?
Or would He take the high road? The King's way? Unwaveringly, unflinchingly, and unfailingly?
I think He would.
It'd be nice if we would, too. Perhaps then, we could make claim to being about His business down here.
I'm not sure we are.

THIS post is as good as it gets IMHO. I've heard it said better..by no one. Thank you for timely words for all of us.

Since I never can write anything unless something (SomeOne) inspires me, then we all know where the good stuff comes from. I'm just glad He lets me use the pen.