Eternal Submission of the Son? 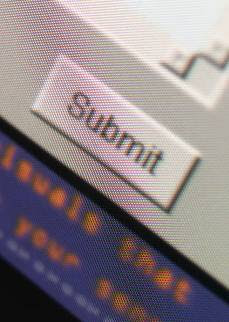 There's been a lot of back & forth in Blogdom on the subject of "submission" lately ... eternal submission (or subordination) of the Son, to the Father. I think I'd like to weigh in on that, albeit I'm speaking only as a layman who doesn't like "canned answers".

It seems that some want to use the Biblical reference to God being the Head of Christ, and the reference of the man being the head of the woman, to cause a general drift toward some perceived biblical mandate that women be eternally submissive to men.

As a totally gratuitous aside, good luck with that, guys; sounds to me like a pretty good recipe for CELIBACY!

I am nowhere NEAR educated enough, qualified, or smart enough to exigete, or parse(if one of those is the right term) the word "head" in that passage, and besides, Paul Burleson already did a good job of that. Well, come to think of it, my saying that about Paul's dissertation is about like my saying Alabama Power's Farley Nuclear Plant is in good working order. But it looks good to me, anyway, and this much I do know:

1) Jesus' will .. as a man walking around Earth, in human flesh, was NOT to die. Not to go through the crucifixion and the "separation" He knew would follow. He asked His Father to let that cup pass Him by, but then He denied His own will by saying "..not My will but Thine."

2) It seems to me that, for me to submit to your will, my will must be different. If you were to order me to eat one of Peg's BBQ Corned Beef sandwiches, I'd do it, but I wouldn't be submitting to YOUR (or ANYBODY'S) will ... I'm ALWAYS ready to do THAT! But, if Peg asked me to eat a mountain oyster sandwich, doing so would be a REAL act of submission.

3) The way I see it, Jesus is in heaven now, and the crucifixion is over. He said it was finished, and I believe it. So ... I see no way His will would be different from God's will, now; lacking that, where's the subordination?

Hence, I don't see any way Jesus The Son must be "eternally submissive"... or subordinate ... to the Father. And there is simply no need.

What I can see, though, is why men would certainly like to see that in scripture. But I don't buy it.

ps. If my logic is all wacko, please refer to the above link to Paul Burleson's blog, with this thought in mind:

And, whadyamean "layman"? No such critter!

Bob, one of the blessings of blogging is meeting up with men like you are Paul Burleson.

We are blessed to have your wisdom a click away. Without blogging, that would be lost to many of us because you guys retire.

Thanks for your wisdom and insight. Sometimes I feel people dig so deep that they need to come up for air once in awhile to avoid hypoxia. I long ago resigned myself to the fact that I won't know everything, as much as my human mind wants to know. I have instead, while still trying to learn, tried to put into practice those things that I have learned. Wisdom is far better than knowledge, and I appreciate yours. God bless.

Your last sentence was the most relevant.

The issue in Christianity is not learning, as much as it is revelation. And my personal opinion is that when God reveals something to us, when we immediately put it into use (parable of the talents, anybody?) God likes it, sees we can be trusted with what He reveals to us, so He lays some more truths on us, for us to use.

That really seems to be how He has done stuff with me, at least.