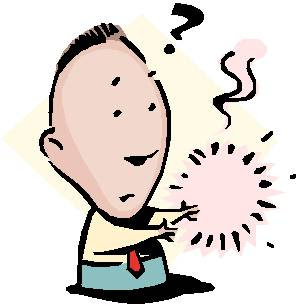 Folks seem to be all giddy about what went on in Indianapolis last week, but frankly, I don't get it. Let's examine a couple of facts here.

First fact: 1/3 to 40% of the messengers voted against that addition of the "repentance clause" .. mild and non specific as it was ... to the Regenerate Membership Resolution submitted by Dr. Bart Barber. I can only assume that those people did not think repentance was called for. Now, we all know the membership number thing .. in the church I attend, we have a stated 2500 members but have weekly attendance the last 3 weeks of 643, 896, and 840. IF that sounds OK, remember that number includes visitors, and preschoolers and children. Taking only Pre-school and children out, as most of them are probably not members, the numbers are 453, 607 and 582. Sure, some kids may be members, but that's probably offset by visitors, so the numbers are likely pretty close.

Out of 2,500 members! And the other folks I talked to at the Convention indicate this is pretty typical for SBC churches of our "size" (whatever that is).

Maybe it's normal, but the point is, we still report all 2,500 as members, whether they've attended the church in the five years or ten years, or not.

There was another tangentially-related item which got my notice; namely, an attempt to add an amendment to the "California Gay Marriage Condemnation Resolution". The amendment sought to encourage all believers in California to withdraw their children from public schools (as if a bunch of folks in Indiana would know what moms and dads ought to do with their kids 2,000 miles away). The disturbing part of that was that, whereas the Committee responded to that with the thought that the Church ought to be engaging the culture, not fleeing from it, the people suggesting the amendment said we were using children as "cannon fodder". They used terms such as the schools being mandated to "indoctrinate children" into "alternative lifestyles" and other inflammatory terms. Frankly, I've never seen a law calling for any sort of "indoctrination" at all; those things usually speak of education.

The problem with that attitude is two-fold. First, I as a parent am responsible for my child's education, and just because a kid goes to a public school, or even a Christian school, that doesn't mean I'm simply supposed to let it rest at that. I cannot escape my responsibility by seeing they go to a good school, any more than I can escape the responsibility of raising them in the nurture and admonition of the Lord, by taking them to church.

The second fold is that we are supposed to have the powerful word of God at our disposal, and the indwelling Holy Spirit to empower and enable, yet some folks indicate an attitude of fear and trembling in the face of public education.

This whole thought dove-tails nicely with a statement by a respected mom in our church, when we were looking for a new youth minister, that the church's youth program was "the only hope our children had".

We're about the King's business here. I have no quarrel with parents who send their children to Christian schools. I admire it, in fact, and my own grandkids went to a Christian High School. But when the church shows an attitude of fear instead of one of power, love, and sound-mindedness, I think we've forgotten Whom we serve.

And the excitement over the Barber motion: I don't get it. Sure, one of the amendments, which were added, acknowledged the fact that corporate repentance was needed. But the actions which produced the need ... the over-reporting of actual members ... wasn't done by the Convention corporately. It was done by the local churches, and I'm estimating 40% of the messengers voted against the addition of that amendment! So I guess 4 out of 10 pastors, or thereabouts, don't see anything wrong with the way we've been doing it. And in light of the old saw about what's everybody's responsibility is nobody's responsibility, I'm pessimistic about the Resolution making any real difference.

Except for this: IF the numbers show a similar slide next year, to what we saw in Ed Stetzer's report this year, there will be an all-too-handy explanation for it; guys are cleaning up their membership rolls (whether that's happening or not). Hence, we won't know for a couple-three years, IMHO.

IF... that were the performance record of, say, the HR Director of UPS or General Motors, the CEO would say there was something drastically wrong with pre-employment testing, with on-the-job training, or with direct supervision. But since this is the church, we seem immune to such factual observations about job performance by those in authority in the churches. Despite the fact that we profess to have the goods in our arsenal that can change people's lives when nothing else can.

There were also other things that troubled me some, but got big "amens". Like the prayer in which the speaker said that we .. believers .. are responsible for the condition of our country. Such nonsense. And Dr. Land's statement that if we (SBC'ers) repent, God'll heal the USA. That seems to be the same song but different verse, as the prayer I mentioned.

Whatever comes in the SBC over the next few years, won't much be affected by my opinions, and I probably don't know all that much anyway. But one strong impression I got this year is that we were a Convention of believers looking for some good news. So we all rallied around whatever things might be positive, and pointed to those things as evidence that the SBC is turning around. That reminds me, more than anything, of the old question about dogs: If you call a dog's tail a leg, how many legs does a dog have?

The answer is four. Calling it a leg doesn't make it one. Any more than calling news good, makes it good news.

I fully agree with your statement, "as a parent, I am responsible for my child's education," regardless of whether that parent chooses public, private or home schooling. But I think there is a disconnect when the same idea does not carry over to a child's discipleship. Whether a family attends an SBC congregation, or another, or chooses a home fellowship, it is the parents - not an organization - that is responsible to God for that child's discipleship. It is the parents who, through God's gift of that child, have a lifelong commitment to that child, and a vested interest in his upbringing and spiritual development. It saddens me to think that any mother would look at a program as "the only hope our children had." Look at the children who have been "raised in the church," and now are, as you have used the term, AWOL. But churches have instilled the idea that the organization is the key to a child's discipleship, instead of teaching the parents how to disciple their own children in God's love and nurture. It's sort of the same Big Brother attitude that you see in any bureaucracy. But I think the priesthood of the believer should disqualify that mindset.

Disconnect, you bet. That's why the lady's statement about the youth Program at church being her child's "only hope" floored me.

I think that people have been so thoroughly convinced that "bringing kids to church" is what they're supposed to do, even ALL they're supposed to do (and of course stay to help work the programs and write the tithe check). But the church organization is not enough. What if the SBC promoted the idea of BEING the Church, rather than merely attending and supporting organized services and programs. For the life of me, in Jesus' story of the Good Samaritan, I cannot find where he reported to a Search & Rescue Board of Trustees, nor had to beg release of funds from a Benevolence Committee. In Jesus' story, this Lone Ranger Samaritan acted on his own initiative, used his own resources, and in the Lord's estimation, fulfilled the Greatest Commandments ever given, on an ordinary workday. I bet he didn't even get a tax break from the Romans.

Bob: I agree with xcom that we should be engaging culture and not fleeing from it, Christian kids in public schools do make a difference. They are not going to be ruined by going, and if they do make wrong choices and stray for a while, the Bible says that they will return, and I believe that Phil 1:6 comes into play here.

We cannot isolate kids from the world, it's crippling to them. They have to be in it when they work, unless they are a preacher or a seminary professor and even as a preacher one has to be in it to some degree. We have to teach our children how to exist in the world, not escape from it. That is how the gospel gets out too. So I have kudos for xcomm on that decision.

Right you are, Debbie. Except; if a pastor is totally divorced from the world, he can also be .. but not necessarily .. divorced from what folks like you and me really face out there.

I'll take someone who's been down there in the mud & blood, too.