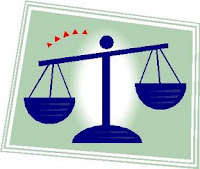 What was otherwise referred to as the "Integrity in Membership" resolution introduced by Dr. Bart Barber was passed by the Convention this morning, as amended by Dr. Malcolm Yarnell and subsequently by Tom Ascol.

I am not encouraged, although I am hopeful. But hey, I'm still hoping for $1/gallon gas, so what do I know?

Here's what disturbed me: Tom Ascol's amendment called for repentance for past practices, which is kind of the inverse of praying for everybody everywhere. We want to repent repent repent, just not for specific sins (so it seems to me, anyway). In fact, Richard Land, last evening, brought out 2 Chronicles 7:14 and claimed if we'd repent, we'd see revival in the land. Referring to the USA. I have two big problems with that.

First, that verse follows verse 13 (like ... hellOOOOOO) in which God mentioned that WHEN He shuts up the heavens and there's no rain, and WHEN He sends locusts to devour the land, and WHEN He sends plagues upon the land, THEN..... He'll do the stuff He promises if we repent and do the other stuff. So: was Dr. Land saying that the CHURCH is in THAT sorry a state? Seems that's a pre-condition to verse 14!

AND that verse was spoken to Israel ... the people ... and they WERE a land at the time. It was NOT said to the USA, and there's no indication that God will clean up Washington DC if we Southern Baptists get all righteous. But following up on a Pastor's Conference prayer in which the pastor said that WE were responsible for the condition of the USA, the fog lifts on the underlying attitudes, and the mindset comes through.

When Tom's amendment came up for vote, I estimate maybe 40% of the messengers voted against it. I'm guessing they do NOT want to repent.

Two years in a row, Tom Ascol's motion was shot down. By mostly pastors. The inescapable conclusion is that they DID NOT WANT to deal with it. This year, the motion came forth with0ut the call for repentance. It was added by amendment, but in a rather low-key sterile way. The convention does not seem to want to face the fact of what Dr. Patterson admitted was "Lying to ourselves and lying to the public" ... by including people in our membership numbers who no longer have any involvement in our churches.

The overall effect, to me, was that OK, we'll repent, but not really OF anything WE did. Kind of like the "repent box" we need the prospect to check when we're trying to induce a recitation of the "sinner's prayer".

Which may, incidentally, be the one which produced the Army of the Lord, that's 50% AWOL.

So. It went as God planned. Time will tell which way the scales tip, as we observe what happens to our membership numbers. That'll tell the tale. After all, Ananias and Sapphira fibbed about some numbers, and God struck them dead........

I made that point to one well-known pastor and said I didn't know why God shouldn't strike the SBC dead over this. He said...

"Maybe He already has."

I think your observation about the "If my people will repent..." was spot on. I mean, we can't just interpret a passage of scripture any way we dang well please.d While I believe God would bless America if we, as Christians, repented and sought to draw closer to Him, I don't believe that it would necessarily bring about a Pax Americana with a Republican in the white house, a chicken in every pot, and everyboyd living life like a Norman Rockwell painting. If fact, our Lord said in the Upper Room Discourse in John "In this world you will have trouble".

I'll give a slightly different view on application of that passage outside of Israel. For my source (don't shoot), I will call on Monty Python and the Life of Brian:

While that dialogue is whimsical, we need to remember Paul's comments in the NT that God shows no partiality: a promise of his response to repentance is hardly something to be limited.

Indeed, in the OT, Jonah didn't even offer repentance as an option. He just said their time was up ad that was that. God responded to their repentance anyway.

However, I don't recall the Republican party (or Rush Limbaugh) being a part of that response. Food for thought.

Just as Wade Burleson left the IMB, some members leave churches - not as unmitigated "dropouts" - but as casualties. It's not only at the top that piously disguised social politics occur. But it is the "dropouts" who get the verbal scourge.

If I may recommend, Philip Yancey's book "Soul Survivor," subtitled "How My Faith Survived the Church." His books are best sellers because so many people resonate with his experiences.

If churches truly wish to repent, perhaps they should each start with their own list of casualties, a genuine acknowledgement of and apology to those they've run off. It's just so much easier to wag heads, fingers and tongues at those "backsliding dropouts." After all Patterson set a public denominational example by running off Sheri Klouda, and justified it with theological spin. It happens on smaller scales locally, over myriad issues, perhaps far more often than credited.