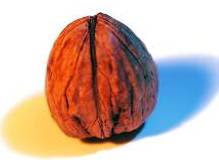 Among the plethora of things that I don't get, that's one of them. I've never known what it meant to feel someone else's prayers.

Don't get me wrong. I covet folks' prayers. And in a recent bout with the realities of being 70 years old and a guy, I've appreciated every one offered up on my behalf. But what I might speculate is the effect of the prayers of friends, is what I didn't feel. Namely fear, uncertainty, insecurity, stuff like that.

And I've felt none, to this very date. Which is Monday the 15th of June, three days prior to my planned trip to Baptist Shelby Hospital where I'll say a permanent good-bye to my prostate gland.

I prefer not to have cancerous parts in my body. And that's what it is.

So, thanks to the good Dr. Jason Burrus .. who's been described as the king of robotic surgery ... and a wonderful piece of technology called the De Vinci (machine, appliance, gizmo, whatever...), I'm about to say good-bye to what is rarely a friend to a 70-year-old man, anyway.

NOTE: No .. that's not a picture of a prostate gland up there in the corner. It's a picture of a walnut, which is supposed to be about the same size. I couldn't bring my self to put up a picture of my, or anybody else's, actual body part. Sorry.

I know, I know. Folks raised when I was, (namely back when a ladies' undergarments were called unmentionables, and actually were unmentionable. And invisible.) don't talk about stuff like prostate glands in polite company.

So? Who said I'm polite company?

It's been an interesting trip to this point, starting with a somewhat elevated PSA level 7 months ago, followed by a more elevated level, above the level of concern, a month ago. Well, it was interesting except for the biopsy, which is best left undescribed, out of consideration for folks sensitive about the abuse of bodily orifices. I don't suppose it would be nearly as interesting if more than just two of the twelve tissue samples had cancer cells in them; thankfully that's all there was. And the doctor said, of this particular cancer, "If you have to have cancer, this one's a pretty good one to have".

So it's off to Baptist Shelby Medical Center Thursday morning, June 19th, at 5am (which will hopefully be the biggest OUCH of the day ... 5 in the morning!).

I'm setting this up to drop at noon on Friday. If this doesn't show up on the blog and you don't read this, then you have my permission to worry.

I'm not planning on doing that, myself.

I am, among all men, most blessed. Regardless of what body parts I may not have any more.

Bob,
You are covered and in our Prayers as well as our Churches Prayers.
Love you and miss all your comments on these Blogs.

I feel so bad for not calling Mrs. Peggy last night! I was thinking about you all day yesterday and intended to call and leave a message to check on you. I am trusting that the Lord has taken wonderful care of you and provided you with great care. Bless those sweet nurses hearts! Look forward to seeing you when your back on your feet! (((HUGS)))

I must have missed this one. I'm sorry. I will be praying for you this week.

Praying for a swift and complete recovery.

My most heartfelt thanks to everyone who prayed. I appreciate it more than I can say.

Some things we are just better off without - especially things which are not working as "God intended" -body parts, church management, government officials and vehicles. Glad you are a textbook case (didn't we all know that?) sorry it was a malignancy issue and delighted you came through it well. Super happy you are not one of those people who refer to that part of a male's anatomy as a "prostrate gland" OH and really happy not to see an anatomically correct picture. Take care and hope your dear wife is doing well also (caregivers are earning stars in their crowns in heaven).

I too will pray for you this week my friend.

I felt people prayers for me the last few months in that the dark cloud of despair just lifted off of me. I was able to sing where I couldn't before people praying for me. That to me is feeling people's prayers, or God answering would be more applicable. I felt a strength I didn't feel before. I relied on people praying because I just couldn't pray.

Amen and Amen. It all goes to point out our total helplessness apart from God's help .. whether it be in the form of comfort and assurance .. and eventually peace and joy ... or in the form of friends who pray, and those who may have been there and done that and can put some fleshly reality to the promises of God.

I know that I went through awful depression in 1984, and after 8 or 9 months, was able to offer some real tangible help to a lady in our church who was badly depressed.

I grew a little that day, I think.

I'm sorry I didn't see this post until today. Having said that, I'm grateful I've seen it now. You're in my prayers for a full recovery.

[p.s. thanks for that last reply/msg. it got right to the point and weeded all that other rubbish out. Actually, I guess I should be thanking God you replied. Thanks for Bob, God.]

MIGHTY!!
stopped by your blog only today, will be praying for your recovery and healing...
We dont understand many things, but thanks for reminding me about experiences we go through: the patterns and shades of dark are what He uses to add to the tapestry of our lives...and in the weaving of that, we can in turn understand to a wee extent someone else's hurt, ache, or sadness...and finally see through it all His faithful goodness. Will try and call you up sometime. You are a blessing! Get well soon: you are much loved, even from way far away as India!
Izzy

IZZY! Thanks so much; it's nice to hear from you.