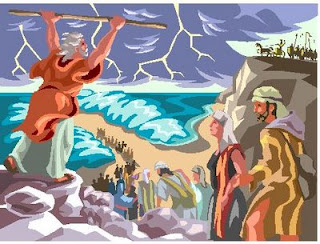 Don't happen any more. Well, let me tell you about the one that entered my space ... actually it simply emerged from the fog of my fleshness ands became visible ... 10 minutes ago.

That's when Dr. Burrus called to give me the pathologists' report on my recently-departed and somewhat-cancerous prostate. He told me that the cancer, on the Gleason scale, was 3+4=7 (vs an early 3+3=6) and still nothing upsetting. And the margins were all clear so in his studied opinion, and based on the evidence, they got it all. But now for the kicker:

He originally took 12 samples ... needle biopsies ... for scrutiny. they found the cancer in two of them, or 16% When they got the gland out and tested it all, they found cancer in 60% of it.

That's a lot more than 1/6 and it occurs to me that, as 10 out of 12 samples were non-cancerous, it's not at all beyond reason that the other 2 would miss it, too.

You'll never convince me that God didn't intervene with a little guidance in the biopsies, and purposely caused most of them to miss it, to show how much in control He really is.


(If y'all want to fill in for me there, I'd appreciate it.)

Woo-hoo! Glad for ya Bob!

During the last few weeks, I have discovered that repetition does not improve experience:

And, let me say, I do not recommend these activities for regular hobbies.

I agree with you on the needle biopsy thing - I had one of those back in Feb and they couldn't find living tissue, hence the thoracotomy for biopsy.

Ain't God good? Ain't He good all the time!

[Doing my best baptist jig over here...ain't pretty, what baptist dancing is?