Strict//EN" "http://www.w3.org/TR/xhtml1/DTD/xhtml1-strict.dtd"> EAGLES' REST: Spiritual Discernment ... are we supposed to have it, or something?

Spiritual Discernment ... are we supposed to have it, or something? 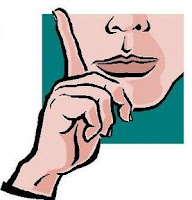 EDIT NOTE: I posted this yesterday, and today Ed Stetzer ... you know who he is ... put up a post which stated that this is now The End of the Beginning. You might check it out before reading further.
The Bible seems to be liberally salted with verses that say the Holy Spirit resides in believers, and that He reveals stuff to folks so they can fulfill their role in the Kingdom work. I wonder if that includes a Spiritual sensitivity .. a Spiritual perception, via which believers can discern what God wants them to perceive about others. Particularly those in Spiritual authority here, with a role in guiding and guarding the flock, with reference to those the leaders will be called to give an account for.

Hebrews 13:17 says something that one pastor remarked "...makes me tremble as a Pastor." The verse says we're to obey our leaders, as "They keep watch over you as men who must give an account." (NIV).

Now I believe that God would gift those people to realize the Spiritual condition of those over whom they keep watch. Wouldn't He? And if that's the case, wouldn't it behoove pastors to take steps to discern that? And wouldn't (or shouldn't) that include more than just watching actions?

I've had enough episodes in my life, where I sensed something about someone, or knew to ask a particular (seemingly off-the-wall) question, when that was exactly what the folks I was talking to needed to hear, that I think God does gift people in that way while about His work.

Well ... if we don't expect that, or look for that, or don't have it for some reason, we're naturally going to list rules to which we must conform, as some sort of evidence of Spirituality. But I don't think that works.

Our family was part of a group that started a church here in town about 30 years ago. It's still around, going strong, and is a vital evangelical work (albeit not baptist). When we established requirements to join, it included a confession or affirmation of faith, followed by a social gathering with the elders in which we would discuss their salvation experience and subsequent walk, with the candidates. I really liked that approach.

At least the folks who will be called "to give an account..." had done all they knew to do to determine the validity of their salvation experience, and the presence of the Holy Spirit in their lives.

As Southern Baptists, we don't do anything like that, that I know of. I know FBC Pelham is about to implement a 4-week (I believe it is) study course for membership candidates, including a survey of Spiritual Gifts, all oriented to preparing the candidates for immersion into the local body. With a place of service in mind.

But .. what about the others in the church? I know that we have approximately 2500 ... I've heard 2600 .. members, and Sunday School attendance is usually in the mid-900 range. But that includes children and visitors, and those usually number close to 300. So if we were generous, we might say 650 members there on Sunday, and 1850 not. And incidentally, Allen and Arden Taylor were with us a couple years ago and had folks counting worship attendance, and I recall it being no greater than Sunday School.

Now ..... if we continue to reduce Spiritual things to man-made rules, and are looking to their enforcement to check on members' spirituality, we're effectively denying that the Spirit will empower the church to be and do what it should .. that the Holy Ghost will enable discernment by those spiritually responsible for us. To me, that spells Spiritual failure, even where there's financial "success".

Well I started to write out a litany of things I've seen among the ordained in Southern Baptist Churches. It was so disturbing to me that I erased it all. Suffice it to say that I've seen entirely too many things which call the matter of Spirituality into serious question.

I wish it were not so.

But, if it's more the rule than the exception in the SBC, well, that'd account for a lot.

I think it was Max Lucado, but maybe Jim Cymbala .. hey, I'm old ... that said Attendance, Building Programs, and Collections have become the ABC's of church growth. Sort of a new trinity of sorts. And we sure do measure stuff, but where's the measurement of the spirituality of the membership? I know 2 Timothy 3:16 says "All Scripture is God-breathed and is useful for teaching, rebuking, correcting and training in righteousness.... (NIV), and I see teaching going on, and training in righteousness. but where's the correcting? With 2/3 of our "members" missing, I'd think there'd be a lot of that going on. But two years in a row, the SBC has refused to even recommend the local churches do something about it!

And again as a gentle reminder: any "success" the SBC and its related entities can point to, in the carrying out of its mission, are NOT because of God's regard for, or admiration of, the SBC. Souls won and disciples made are a result of God's love and compassion for mankind. We just get in on some of the joy, but none of the glory.

The more rules (you can say "laws" if you want) we have, the less we rely on the Holy Spirit to save, preserve, and enhance our efforts here in His service.

And, it seems, the less He does.

The work of God is about God, for God, because of God, and with God. The only part I play is the part He gives to me, calls me to, and gifts me to do! That's it!

Amen, Steve. Thanks for reading and commenting.

While I 'fess up front no allegiance to a particular denomiation - we are all finding the issues of ABC. As soon as about 200 or more are gathered together in the name of the Lord - we seem to need to enumerate our blessings and our wants and how many of us wants 'em. Oh Bob - don't we know how it grieves the Lord to see His people be such idjits? You realize I use only technical terminology about theological issues - I hear a lot about the SBC issues being located near DBU and Criswell College and Baylor. Just such a shame we(humans) take a great thing and have to reduce to fit us.