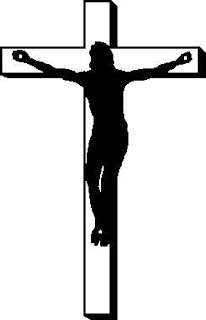 ... when bad things happen to people. Reading the Bible, that's not the sort of God I see, anyway.

Now .. I'm not talking about the results of our own sin, but rather than the sort of things that everyone faces in life. In fact, Christians may be at somewhat of a "disadvantage" in some ways, as we all put up a good front, and think that we're supposed to be above sadness, depression, etc.

Debbie Kaufman's entire family suffered loss this past week, unimaginable by anyone who's not suffered such loss. I know I haven't. Now, I'm normally at a loss as to what to say to folks at times like this, and this certainly isn't a time to prattle away about sovereignty or God's will. None among us knows how to make all that fit together and I'm certainly among the least able to make everything mesh. But when I was going through that "midlife crisis" .. you know, that thing I've heard preachers say doesn't exist .. twenty-some years ago, I had a lot of conversations with God about why I was so depressed and when was He going to do something about it, please. What follows is my rationale as to why God let me go through that. It was somewhat in the form of a conversation in my mind, and I'll recount it as best I can. Keep in mind that, at my age, I can remember things whether they happened or not. That ability comes with age, you know.

Did God love Jesus when Jesus was on the cross?

But God let Jesus die anyway, for me (and you, him, those guys over there, etc).

SO ... does that mean that God loved me more than He loved Jesus?

Hmmm. I wrestled with that one a while and finally concluded that there's never been a love anywhere like the love of the Father for the Son (and vice versa). So, No.

OK. Now, that doesn't make sense. That He let Jesus die, when the only beneficiary was me. That's a mystery I'll wrestle with forever (which might be OK, but ... but .... ).

But then, the following question popped into my mind: What if there was some "benefit" to Jesus', in His death, that equaled or exceeded the benefit to man? Would that make some sense of some things? Yes. But what benefit was there to His dying?

Next question popped up: How many people had Jesus "saved" on Thursday, the day before He died?

Then, how many people had He saved, the day AFTER He died?

Wow. EVERYBODY that will ever be saved. Untold numbers!

So then .... Jesus' death made Him Savior! And I know there was no other way to accomplish that, because Jesus asked His Father to find some other way, praying in the garden, and God didn't.

God's next response was to raise Jesus from the dead, with a life that cannot ever end, and to subsequently take Him to heaven. Only now, not as a Suffering Savior, but as the King of ALL Kings and Lord of ALL Lords.

NOW: What if it were true that God is just as purposeful, just as loving, just as consistent in that love, now, as He was then? What if EVERY event in your life that He causes or allows is just as preparatory in your life, as the crucifixion was in the life of Jesus? That He has things in store for you, that He wants to use you for, here in this life, that He can only accomplish in you by allowing you to experience what seems so painful and unpleasant now?

Maybe we acknowledge that God wants to bless us in heaven, but have trouble appropriating the fact that God wants us to be blessed here? Does Jeremiah 29:11 come to mind? Only trouble is, we can easily equate "blessing" on earth with the absence of the sort of pain that the Kaufman family feels now. And while the pain certainly isn't something we want to seek, it can produce in us qualities and abilities that could never be ours, save for the experience which invaded our life.

I was lucky [HT: John Calvin] in my experience. A few weeks after I began to emerge from deep depression, someone mentioned that one of the younger ladies, who'd been missing from church a few Sundays, was in deep depression. I remember as though it were yesterday, going to her home after church and telling her what I'd found out about depression. She's said many times, since, how much that helped her in her depression.

God's also used my experience of depression, more times than I can count, in the lives of men who've been going through the same thing.

So, for those experiencing loss for which no words can really help, the only thing I can do, past just loving them, is to share my experiences, and the faithfulness of God. And that, when we're going through hard times like these, we need to keep our eyes in the prize, now more than ever. God has something in mind for you, which will bless your socks off, and He can't accomplish it any other way, any more than He could save you without letting Jesus die.

As someone once said: when you're down to nothing, God is up to something.

Bob, thank you for this! I have struggled with the whole 'why is God letting this happen' question many times in my life. And while the conclusion that brought a peace to my life never seemed to help others in the throes of pain, your words very aptly express what my heart has come to know.

Thanks for the kind words, Ann. I really appreciate it.

I guess I haven't been around the blog block very long. I am familiar with Debbie, but have no clue as to what happened. What happened?

Debbie's son-in-law, only 24, was killed in a motorcycle accident last Thursday, I believe it was.

You said, "when we're going through hard times like these, we need to keep our eyes on the prize, now more than ever. God has something in mind for you, which will bless your socks off, and He can't accomplish it any other way, any more than He could save you without letting Jesus die."

and I still say, "Jesus TIMING is always perfect."

Thank you for this Bob. Pray this message gets from my head to my heart.

Mighty!
Thanks for this blog post.. I had not come by for a while..and what you shared here has blessed me so much. Thanks!
Izzy

Thanks, Izzy. I hope you are well.