The Chickenwire Cages of Prejudice 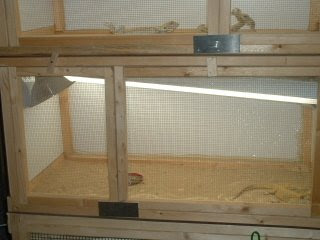 I posted some of this as a comment on another blog, but thought I ought to say it here, too.

I was raised in all-white areas of the North; specifically Calumet City, Illinois, And the suburbs of Indianapolis, Indiana. Through my freshman year in High School, I do not personally recall talking to non-white person. In fact, one day I was sitting on my front porch with our 6-month old puppy, who was very friendly. Folks would walk by on the street all the time, and the most threatening thing she ever did was to go lick them half to death, and to want to play.

But then one day, a maid walked by on her way to help an elderly lady. The maid was black and my dog Dottie had never seen that. The hair on her neck stood up and she barked herself nearly hoarse, until the maid entered the home 3 doors down. That's where I was raised.

We moved to Indianapolis after my freshman year, and my Dad found a loophole in the latest School District Rules (loooong story), which allowed me to go to Broad Ripple High School, virtually all-white, as opposed to Shortridge High, several miles further away and nearly half black. I didn't know he'd done that until many years later, although I doubt I'd have protested at the time. Note .. no rocks at Dad ... he was doing what he felt to be best for me and he'd go to any lengths to protect his family. Just ask the would-be intruder who was hit on the leg by the axe my Dad hurled at him when he tried to grab my Mother through a screen door.

One of the things that happened to me, which changed my mind about race relations, was my seeing a TV special .. I believe it was 60 Minutes .. showing an Alabama nursing home in which elderly ladies were literally kept in chicken-wire cages, on shelves. They were little bigger than just enough to lie down in, and similar to the cages shown above (but not nearly as clean .. I mean .. the ones above are for dogs). That show broke my heart; it was in the middle of the Civil Rights Movement and I was caught between family values, separate but equal on the one side, and what I could see, on the other. I was moved to tears, not common for a teen-aged boy.

A subsequent business-related friendship, years later, with a lady in the insurance industry, a minority herself, with whom I could openly discuss these things helped me a lot, too.

Then one day something happened, at my job, that really, really got my attention. An insurance-company-employee friend drove down to the agency I was working in, to have lunch. When he got out of his car in front of our office, he bent over and looked at his right front fender. I walked out and found him examining a small scrape, there courtesy of an elderly black gentleman who'd mover over on him in traffic.

His explanation was full of racial slurs and profanity and I was instantly repelled by what this normally mild-mannered man was saying. I could hardly believe my ears!

As an aside, I'd been struggling for some time to prove to myself I really was a Christian. When I read Revelation 3:20, I was understood we were to have fellowship with Jesus, and I personally wasn't feeling any of that. I was worried if I really did and believed just the right things, fit all the qualifications, etc.

SO .... when my friend laced into this guy, I was struck by two simultaneous thoughts:


Then it occurred to me ... if it's true that the Holy Spirit makes us new creations in Jesus Christ, and the old things pass away ... well .. if this wasn't THAT, then I don't what it COULD have been. That realization was one of the two HUGE realizations that God used to throughly convince me that I was as saved as I was ever going to be. And that HAD been a problem for me, up until that point.

In the late 1990's, we were privileged to visit Germany two times on vacation. The first time, we went to the Nazi Prison Camp at Dachau, now a museum. The second time, I went to the Nazi Documentation Center in Berchtesgaden, just down the mountain from Hitler's Eagle's Nest .. the Kehlsteinhaus .. which is now a museum and restaurant. The upshot of those two places was that I understood the holocaust as being nothing more than prejudice against a certain class of people, by one man. It was played out to the extreme, but it was rooted in Hitler's racial prejudice against, and hatred for, people whose only fault was they'd been born Jewish.

This brings me to the current state of affairs and the debate over women in the ministry, in the SBC. And no I am NOT making any comparisons between ANYBODY and Hitler .. don't even go there .. but I DO see where "prejudice" in one of its forms can lead, which has given me a very, very bad taste in my mouth for ANY form of prejudice.

My M-W Online gives a definition of "prejudice" that seems to fit:

1): preconceived judgment or opinion (2): an adverse opinion or leaning formed without just grounds or before sufficient knowledge b: an instance of such judgment or opinion c: an irrational attitude of hostility directed against an individual, a group, a race, or their supposed characteristics.

Maybe all the words don't quite "mesh", but the exclusion of someone from teaching Biblical languages to Seminary students, simply because of gender, sure looks like that to me. The argument of what Paul told Timothy that HE, Paul, didn't allow A woman (particularly a wife, per Strong's) to do where he was. And the really thin analagous inference that to TEACH students who would be pastors, you have to personally be qualified to BE a pastor. ME, I think that's rubbish, which we would nowhere else apply to much of anything. I mean, I've heard the best piano teachers in the world don't necessarily know how to play the thing, themselves.

It seems to me that the way we've treated Dr. Klouda and others that have been similarly excluded, is spiritually little better than putting people into those chicken-wire cages.

It's ironic that one of the adjectives used on people who exhibit good taste in things, who make wise judicious choices, is "discriminating"? We all discriminate in areas of taste, and things of the sort, or else we'd all have the same color houses, eat at the same restaurants, etc. But when such personal preferences slop over into our treatment of others, into what we will and will not grant in other people, something has come off the tracks, so to speak. And there are few places that is as obvious as in the SBC attitude toward, and treatment of, women in the ministry.

So .. what are we afraid of? Could it be that the same tendency of prejudice to advance, never satisfied for where it's gotten, always pushing to take over more and more the way it did decades ago, still lurks in the hearts and minds of men today? Even those in high Christian-vocational areas where that should never happen?

Someone asked the other day if Lifeway was going to give refunds to any men who bought Beth Moore Study material. Do we restrict availability of the online studies to women only?

I've seen some upset at Wade Burleson's blog, over using a picture of (apparently) Muslim women at sewing machines, presumably over their thinking it was demeaning to show that. I am not sure how, as the photo doesn't indicate any demeaning of women; if there's any of that, going on, it's not the use of the photo that brings it about. But the photo is indicative of a culture whose view of women is different from that which we see as biblical. And the photo itself is certainly not as demeaning as would be refusing to let a SWBTS-educated Dr. of OT languages teach, merely because she's a woman and most students are men.

Bob: Well said and I think you are absolutely right. Thank you. I mean that.

Thanks for the very personal and thoughtful post, Bob.

BTW, I am one who is unhappy with the picture on Wade's blog. The reason I'm upset with it, and maybe I'm too sensitive, is that I believe it is implying that fellow Christians (who believe strongly about gender roles) are to be equated with Muslims. Islam has a reputation for being harsh to women. Islamic nations are also generally the worst persecutors of Christians.

I don't mind the pope picture (in Wade's earlier post), which demonstrates a valid point, but I think this one crosses the line. Guess I'm still stinging over Ergun Caner's remark that "Calvinists are worse than Muslims," especially when I think often about our persecuted brothers and sisters around the globe.

Thanks for commenting, Rev.

I don't necessarily make the leap of inference about the picture. It does reflect a particular treatment of women and if it's similar in some ways to what some Baptists hold toward women, then it simply is.

I think I alluded to the analogy thing, and not taking it too far, in my comment about what I saw in Dachau and Berchesdesgaten.

Anyway, I appreciate your comments.

p.s.: I don't care a lot what Ergun Caner thinks, particularly about Calvinists. But having been a Presbyterian, one who studied the faith, for 10 years, I know better.

From one, who is of the same vintage as yourself, "Great article! Good on yer mate!"