Well, They Sure Got THAT Part Right... 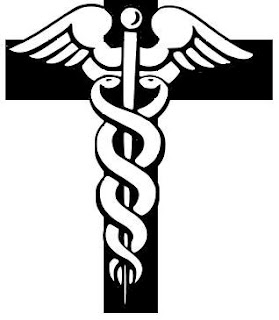 Confession time again: I used to be a Presbyterian. 3 different Denominations' worth, in fact. What's more, I'm still a Calvinist.

I'd say 5-point Calvinist, but there isn't any other kind.

One interesting thing, to me, is that going from a (studying, know-what-you-believe sort of) Presbyterian to the same sort of Baptist is no problem. I didn't have to unlearn anything, or anything. And don't bother pointing out mode of baptism, or paedobaptism .. I didn't agree with that then, either. But it seems that Baptists have some sort of mental block about ever becoming a Presbyterian. Oh well, that's ok with me.

I'll toss in that I'm charismatic, too, which might have eased the transition were it not for the fact that I was already a Baptist when that happened to me.

But none of that is what I'm talking about. I had a Calvinistic friend who told me why he was a Calvinist, one time many years ago. He said Calvinism seemed, to him, to be the system of beliefs that granted the greatest sovereignty to God. That wasn't why Peg and I were there, but I liked that statement enough to steal it, anyway. And that statement hits on the part I really agree with.

God has the absolute right to do whatever He chooses to do, with His creation (and His creationS). And what was strange about my pondering that, yesterday, was that I was sitting in my doctor's office, waiting to have my annual (meaning once every few years) physical. Here's sort of my train of thought process as I sat waiting.

First question: I wondered why God put it in man, the desire and the ability, do to what they've done in modern medicine. I've taught for some time, in SS, that I don't really think we're all that smart to do all this stuff, unless God reaches into some lives and turns some switches or other on and grants them the ability. So I decided that the wonders of modern medicine were God's idea, not man's.

Then I thought about miraculous healing, and the fact that God seems to do that, occasionally, but it seems less commonplace than it was when Jesus and the Apostles walked the earth.

That prompted the thought that there doesn't seem to be much of that in the Old Testament. Maybe it was that being "gathered with your fathers" was an OK deal for them, I don't know. But I know that a lot of folks lived into the hundreds of years. But I don't recall that in the New Testament.

BUT .. in the NT, we see Jesus, and some of the guys He commissioned, healing folks. I wondered why He did that. What I finally hit on was that, since God IS love, it may well be true that He healed folks not to put on a show, or to prove anything, but rather because HE loved them!

Hmmmm. Well, I wondered, why doesn't He miraculously heal folks a bunch today? There are plenty of sick Christians around who could stand that, aren't there? And then it hit me: that's why He raised up the medical profession, today! Modern medicine isn't a triumph of man's curiosity, diligence, skills, or anything else man-made. It's a result of God's sovereign move in the hearts and lives of men! And it was motivated by the same love that Jesus showed to all the folks who were healed by His personal touch, or by the touch of those to whom He passed that gift.

Now: He does, of course, heal people today, and miraculously so at times. I don't have a clue as to why, when, where, etc. despite the fact that I've seen that happen (occasionally in response to my prayer). But it adds a whole new dimension to figure that, whether you or I realize it, whether the doctors, realize it, whether the medical profession will admit it, there He stands .. behind everyone responding to treatment, recovering from surgery, learning to walk with that new prosthesis, or finally receiving the desperately-needed dose of that new wonder drug.

All of which He brought about.

Because He loves us.

I have never looked at it quite that way. Thanks.
But, shouldn't your caduceus be a asclepius?

The words caduity & caducous (from which we get Caduceous) imply temporality, perishableness and senility, while the medical profession espouses renewal, vitality and health.

The former describes me, or man's efforts without God. The latter indicates those occasions when God inhabits my temporality, senility, and my perishable nature. Or that of the medical profession.

Hence the intertwining of the two symbols.

Just found your blog... I like it! I'm a Georgia Baptist turned Presbyterian (OPC) and also a 5-Point Calvinist... or as some say at our church I'm "TR"... totally reformed! Keep up the good work!

Thanks for looking in and commenting. Couple of points:

1) There really isn't any kind of Calvinist, besides 5 point. Less than that would be analogous to saying one is a Christian who subscribes to two Persons of the Trinity.

2) I think folks need to pick a new abbreviation for you. TR brings back too many memories. That's the term that used to be used for the "Truly Reformed" .. those folks who avoided witnessing, missionary outreach, etc, on the basis that was God's duty to save whomever He wanted and we shouldn't mess with it. They were generally looked down on by the RPCES and PCA and even the UPC members I hung around with.

TR was always a pejorative.

I also happen to belong to the charismatic camp, so being a Southern Baptist is a REAL hoot for me!